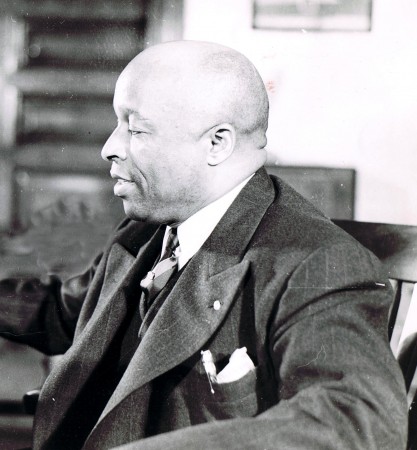 (The foregoing statements are those of the transcriber, after which FATHER Speaks as follows:)

A Sample and an Example has been demonstrated of the future America; in other words, the future religious world consisting of all religions, where the Unity of the Spirit, of Mind, of Aim and of Purpose shall have been recognized and instituted in government, in business, in profession, in labor and in trade and in every activity, where all will stand as one man at Jerusalem; if we speak after the manner of our present democracy from a constitutional, yea, from a documental point of view, we can say, stand as E Pluribus Unum.

‘If you continue in My Words you shall know the Truth and the Truth shall set you free; and he that the Son sets free is free indeed!’

Free from every angle expressible a real Universal Emancipation. Aren’t you glad ! And Abraham Lincoln caught the glimpse of the mystery as a national political official, speaking executively:

‘….;That this whole nation under GOD might have a New Birth of Freedom.’

Not Freedom By Any Political Party

You know you have never seen or heard of anything like this before! Aren’t you glad! But this is it of which the two mentioned, both Jesus and Abraham Lincoln; and he made it so plain,

“…That this nation under GOD…”

“that this whole nation under GOD!”

not only those whom he considered as slaves physically, but

“that this whole nation under GOD might have a New Birth of Freedom!”

This is the purpose of MY Coming; the whole nation, to give them this New Birth of Freedom; free from want! Can you not see the mystery as it is depicted politically? GOD speaks, yea, once, and then through the political authority He speaks as an Endorser!

Retrace your thoughts back to a most recent issue, the Atlantic Charter, speaking of a Freedom, a culmination of Freedoms, but all E Pluribus Unum, composed of one; a Freedom such as I AM giving! Therefore our present Chief Executive mentioned this same Birth of Freedom; if he did not speak it in the same quotation, the words and the request and the prediction, yea, in his proclamation with the Prime Minister of England, it was a proclamation of the selfsame Freedom of which I AM giving! Therefore, you can see it is being fulfilled and it is a Living Reality; no longer something to be observed imaginarily. The suppositional version of your freedom will no longer be considered. You have that freedom internally, mentally and spiritually invisible but GOD makes visible invisible things and tangible intangible things!

You Should Show GOD’s Blessings

It is a privilege to have this comfort and convenience, it is a privilege to have a full and a plenty for the sustenance of your body! You might say, “I have religion and GOD has blessed my soul!” But who knows it unless you can show it? Can you not see the mystery? But when it is brought into outer expression and into tangibilization, others can observe it s a sample and as an example. They can vividly visualize it, after which they will materialize it by reproduction, for

“The things you vividly visualize, you tend to materialize!”

Visualizing the positive, the real and the true, the thing that is good for you, you will produce that in your experience and in your life! Hence, the Abundance of the Fullness of the Consciousness of Good, no space will be vacant of the fullness thereof, and you will be able to enjoy the actual Presence of GOD in the comfort and convenience and the benefit of His Presence to the children of men and no longer merely in supposition observe those things for your imagination without the recognition is truly in vain!

You imagine many things but unless it is brought into recognition and realization by tangibilization and by personification or materialization, your imagining things that you have imagined and all of your imagination will be in vain!

We Behold His Glory

But GOD through His Condescension in Love and Mercy came in a Bodily Form in the Likeness of man and having materialized Himself, John puts it:

“…and we beheld HIS Glory as the Glory of the only Begotten of the Father, full of Grace and of Truth, and of all of His fullness have we all received, and Grace for Grace!”

Can you not see how you observe it and you produce it by visualizing it? For of His fullness you observed in Him through the tangibilization and the materialization and the Personification of Himself, you could behold it but you could not behold it in the abstract, invisible realm for it was invisible; it was unobservable! But oh, how glorious it is when it comes into outer expression! You can behold the Glory of GOD here now! It was here all along but it was essential to come into materialization, into outer expression tangibilated, materialized and thence Personified made a Person! Then you can realize the Truth concerning the mystery and you can vividly visualize the Perfect Picture in order to reproduce it in your life!

“….and we beheld His Glory as the Glory of the only Begotten of the Father, full of Grace and of Truth, and all of His fullness have we all received: (not some of you but) all we received, and Grace for Grace!”

All of HIS fullness, after you had observed all of the fullness in Him Who Came!

Can you not see the significance of visualization? Can you not see the significance of you fondest imagination through concentration? For you tend to reproduce it and repersonify it, as Jesus was the Person of Himself in expression the Personification of Perfection, and manifested Himself to the children of men that they might vividly gaze upon Him for the reproduction of His Nature and His Characteristics, His Life, His Spirit and His Love to materialize; and when this is materialized and personified then you can realize that which you once merely surmised!

A supposition through concentration may bring into outer expression something that may cause you to realize that which you merely through superstition may surmise; but keep on vividly visualizing and imagining the positive instead of the negative and I bring into outer expression the positive instead of the negative, and into the recognition and the realization of millions the Tangibilization and the Personification of your Savior!

What said Jesus concerning the mystery?

“Be ye perfect even as your Father which is in Heaven is perfect!”

Perfection can be attained by vividly visualizing and concentrating on perfection. By your conscious recognition and realization you tend to materialize it and reproduce it and thence cause others to realize that which you have materialized!

The GLORY of GOD is materialized here in comfort, in convenience, in joy, in peace, in happiness, in success, in power over depression, over limitation, over adverse and undesirable conditions! I have demonstrated it and I AM demonstrating it materially to cause others to vision it and reproduce it and materialize it so all humanity might realize it!

An Expression of Post-War Days

Now this is the abstract expression of the post-war days, where men and women of every nation, language, tongue and people shall unite together as E Pluribus Unum and build upon a foundation of unity and tranquility, and all live and speak and act in unison by the Unity of the Spirit, of Mind, of Aim and of Purpose, for GOD HIMSELF is among you!

What said John concerning the mystery in his revelationic prediction concerning this Dispensation in which we are now living? You find in the twenty- first chapter of Revelation:

“and I saw a new heaven and a new earth: for the first heaven and the first earth were passed away… And I, John, saw the Holy City, new Jerusalem, coming down…!”

Does it not look like this is come down from the imaginary realm, from the invisible realm to the material plane for which you all have prayed?

“Let Thy Kingdom come and Thy Will be done on earth (or in earth)…!”

“Righteousness and Judgment are the habitation of His Throne!”

“And I, John, saw the Holy City, New Jerusalem, coming down from GOD out of heaven, prepared as a bride adorned for her husband!”

“Behold the Tabernacle of GOD is with men,”

did he not? The Body of GOD is with men,

“and He will dwell with them! And GOD Himself…”

He did not say Jesus Christ

“GOD HIMSELF shall be with them! And HE shall be their GOD and they shall be HIS People, and HE shall wipe all tears from their eyes!”

This is of which he spake and we are the fulfillers of it!

“The Tabernacle of GOD is with men and GOD HIMSELF shall be with them!”

such an explicit illustration a positive quotation!

“And GOD HIMSELF shall be with them and shall be their GOD and they shall be His People!”

That was coming on towards the conclusion of the New Testament, was it not? The twenty-first chapter of Revelation! Just one more chapter, telling you in the conclusion how things would be, for he saw it coming; saw this day coming! And Jesus came many years before that time telling them to pray for it to come:

“Let YOUR Kingdom come and let Your Will be done on earth as it is in heaven!”

Even the very language of the quotation in the illustration would be the language of Jesus speaking just as He did in the prayer,

“Let Thy Kingdom come and Thy Will be done on earth as it is in heaven!”

The Same Manner of Expression as Jesus’

Can you not see the quotation, how it is the same language, the same phrases in a way of speaking, in the same accent of expression, in the same illustration? You could tell it came from Jesus!

“And I, John, saw the Holy City, the New Jerusalem, coming down from GOD out of heaven….!”

Working cancellation on that imaginary heaven and bringing down that Government of GOD, which is a Kingdom, to the earth plane from the suppositional realm! For,

“Wheresoever a king reigns, there is where his kingdom is!”

Christ came to Reign on the Throne of the minds of the children of men and to have all Dominion in and over them just as the King of England has dominion over his kingdom! HE was to come and to be enthroned on the Throne of your mind, in you and over you and in your business and in your affairs; both business, profession, labor and trade! Christ should be Selected and Elected and Enthroned there; and when this is done, why the Kingdom has truly come; for

“Wheresoever a king reigns, there is where his kingdom is!”