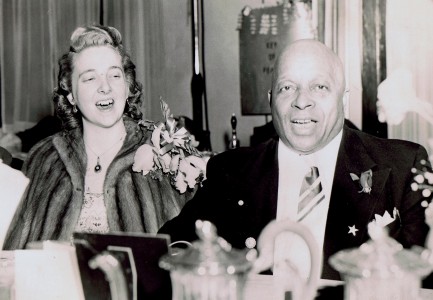 Secretary: That is wonderful!

FATHER: But you will not speak a word critically of another!

Another Secretary: The Lily-Bud creed surely stresses that.

FATHER: The word, that Commandment there, you would do it and you would live it and you would express it, and you would fast all of the”other fellow” out of you, as far as that is concerned; abstaining from doing and saying things that you wou1d ordinarily do and say without ME Personally. Fast from it!

You see- the ten commandments back there- if they wou1d have lived them and put them into practice, they would have fasted all those “other fellows” out of them, and all of their energy and spirit and mind of those “other fellows”- for such kind cometh out only with fasting and with prayer! And this is the only way to fast it out:, fill your mind and thrill your mind with the thoughts of the positive. And refuse to express the negative, and those things will come out and leave you for the lack of success for expression; for the mouth of GOD has declared it!

(With this, FATHER Personally left the Office and those of the Cabinet present remained, pondering. over and discussing the seriousness of the Life that is daily to be lived! However, during this discussion FATHER Personally returned- and one of the Secretaries who felt deeply moved when considering’ the Creeds as a whole, to be imbibed and lived, said to FATHER:)

FATHER, I have just been thinking, that from this moment on- starting right now- we have got to be perfect! If we live these Creeds we must be perfect! And just to consider this, it scares me, when I think of the weaknesses in me that must be overcome- to live perfect!

FATHER: It is written,

And as I was just saying, if you- Moses told them-

-and if that would have been stamped in their memory alphabetically, not to be forgotten any more than the alphabet, they would have been thinking so vividly and not stealing- the spirit of stealing’ would have left them!

‘Thou shalt not kill!’

– they could not live that Commandment without that spirit of the “other fellow”, of killing, being’ cast out of them; so they would be fasting from the thing that was destructive! It is Wonderful! So it would have been the same in the Bible times as is required now!

That is why I said in the Sonship Degree:

‘He that looketh upon a woman to lust after her hath committed adultery with her already in his heart!’

If they would have obeyed that Commandment,

‘Thou shalt not commit adultery!’

they would not have looked upon anyone to lust after them or to cause anything of that type to have an existence in them, for such kind would have come out of him and out of them with fasting and with prayer, for they would have been fasting if they kept MY Commandment:

‘Thou Shalt Not Commit Adultery!’

But all of the nations, up until now, have been taking these Commandments as just merely a document to be repeated or rehearsed from time to time; even though they commit them to memory, to a certain extent, they did not do it conscientiously and sincerely to make them be the imbibers of the spirit and the meaning of those Commandments, even in Moses, so that they might be perfect even as your

‘FATHER which is in Heaven is Perfect! ‘

But now those that are coming up on this side of the mountain, they will endeavor to keep these Creeds and Commandments and requirements as I have requested of them, and they will become to be purified by the renewing of their minds- for I did say,

‘He shall purify the sons of Levi and shall purge them as silver and as gold are purged, so that they might offer unto the LORD an offering in Righteousness as in former years and as in the days of old!’

So these are some points of the view that I AM forecasting before you, so that you might see and know why it is essential to keep all of the Commandments, all of the Documents, yea, all of the Creeds and Endeavors proclaimed and made by the Rosebuds, Lily-buds and Crusaders! If they do not care to live them and will not live them, we shall live them and put them into practice in our daily transactions in all of our deeds and in all of our actions, for that is the hope of the redemption of humanity or else I would not have given you all these Creeds as handed down by the Crusaders, the Lily-buds and the Rosebuds!

When those requirements were withdrawn out of them, they were given that inspiration; and those Commandments, the Sweets’ Endeavor as they were called; the Crusaders’ Commandments; the Lily-Buds’ Commandments and the Rosebuds’ Commandments and all of their Documents combined- when you are filled up with them mentally and spiritually, you become to be a new creature automatically, for I have purged you as silver and as gold are purged, so that you might be able to offer unto the Lord an offering of Righteousness as in former days- in former years, whichever- and as in the days of old! You see, that’s the good of knowing the Scripture! That’s why I request you, even if you don’t know the Scripture through and through, whatsoever you are going to speak from, know that just like you know your alphabet! Know that is there, just like I made that quotation just then:

‘As in former years and as in the days of old !’

FATHER: It is Wonderful! And as with the Commandments and Creeds and Documents of the Followers of the Peace Mission Movement for the soul, so with the purging and the redemption of the body! One writer said,

‘We groan within ourselves, waiting for the adoption, to wit, the redemption of the body!’

So you groan within yourselves– have been waiting for this time to come when you would be adopted into the Royal Family even as MY Son!

(And with this last marvelous thought for consideration, FATHER ceased speaking unto us and Personally left the Office again, leaving us to revel in the deep mysteries of this Life and the living of same!)